Time will tell if we’ll ever hear and see as spectacular and powerful a show later in HimosPark in Jämsä as that of the twenty-minute session towards the end of the Nightwish Himos concert that took place 20 August 2016, at the brink of midnight with the full moon having risen from the eastern sky to top off the atmosphere. 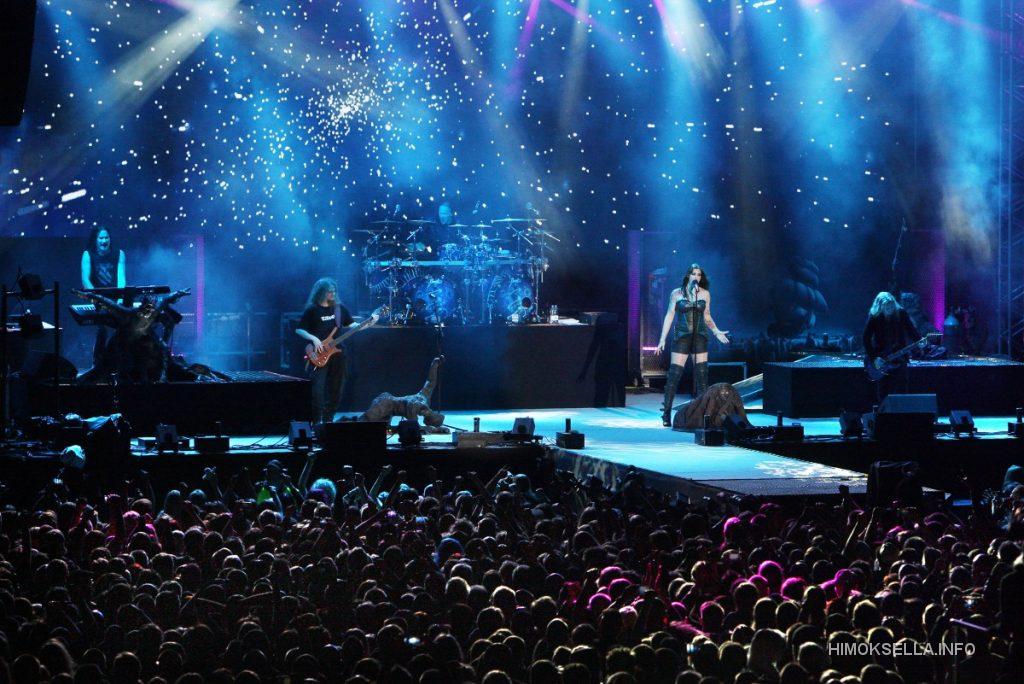 The Greatest Show on Earth Nightwish ended their second gig in their homeland with a minor heavy symphony from their March 2015 released album, which was exceptionally heard from beginning to end with the fade-out coming from the tape during final applauses and bows to the audience.

The song about the greatest show on earth was accompanied by a huge spectacle of fireworks beating in line with the big bang of the universe.

The epoch in question takes us on a ride through times – no less – and from the big bang onwards we travel a journey of more than a four billion years, the story taking us to modern times, to future, and told from the point of view of evolution theory. This megalomaniac epic, created by Tuomas Holopainen, the composer, the Nightwish maestro himself, depicts a time-resistant hymn, praising rock music as an expression of art in its own class of serious art.

Presenting this massive entity and the earlier, 13-minute ’The Poet And The Pendulum’ piece prove us that Nightwish is there, treading their own path with art leading the way. Maybe there was somebody there who missed the set of their older hits  -á la Amaranth and Bye Bye Beautiful – towards the end of the concert, but what actually stood out and made the concert unique was the finale with the grand, ponderous pieces of music.

The Poet And The Pendulum is, after all, the opening piece on the 2007 album Dark Passion: a stupendous, classy piece of progressive heavy music with several elements, a song which Holopainen has at some point described as “a very personal piece of music”.

Rightfully – apart from The Greatest Show – the show included another six songs from the ‘Endless Forms Most Beautiful’ album, which is undeniably an absolute number one in its variety and virtuosity in the eight studio albums released during the 20-year career of Nightwish.

The opening number was the first one from Shudder Before the Beautiful: a strong, symphonic heavy piece followed up by Yours Is An Empty Hope, just to prove that Nightwish masters heavy metal, too.

In My Walden the Irish fling was let loose by Troy Donochey, a multi-instrumentalist hitting it off with his bag-pipe playing Weak Fantasy,  now and then “straying” into folk metal echoing a beautiful, multidimensional sound and then Alpenglow  with a symphonic pop sound, which Holopainen could play even in his sleep.

Yeah, Troy Donochey, there’s a guy who brings to the Nightwish music new dimensions towards heavy folk, as plain symphonic heavy sound on its own would be doomed to start repeating itself. And what comes to Floor Jansen, she can be said to be a strong and imposing vocalist who fits in all music genres better than her predecessors.

And there were suprises in the pocket on the gig, as well. Marco Hietala was being sentimental and sang the beautiful ballad ‘While Your Lips Are Still Red’ composed by Holopainen to his movie Lieksa! (2007).

Sami Vänskä, the bass player from the beginning stages of the band, grabbed the bass and served up the groovy Stargazers from Oceanborn (2000) while Marco Hietala – the bass player and second vocalist of the band since 2001 – was after a break of 15 years given the chance to come up to the stage and see Nightwish in action.

Before the whopping grande finale Kai Hahto, the drummer, passed the sticks to Jukka Nevalainen, who had retired from his position as drummer in 2014 due to occasional difficult insomnia. The piece Hahto played was ‘Last Ride Of The Day’ from the album ‘Imagenaerum’ (2011).

Hits from earlier years weren’t forgotten either, and people were given a taste of pieces like Bless The Child, Storytime, Wishmaster and Nemo.

The gig in Himos was the second and at the same time the last one of Nightwish this year. The Endless Forms Most Beautiful- tour will continue and there will be another 10 gigs till the end of October and by then there will have been a sequence of 150 concerts that initially took off 9 April 2015 in New York. The year 2017 Nightwish will be having a break from gigs.

On their latest album and first and foremost in the climax of the grande finale in Himos the band steered their expression on a new trail. What will they come up with next? A new album with an Irish heavy folk stamp or some heavy symphony sound or – an opera? Can’t wait. 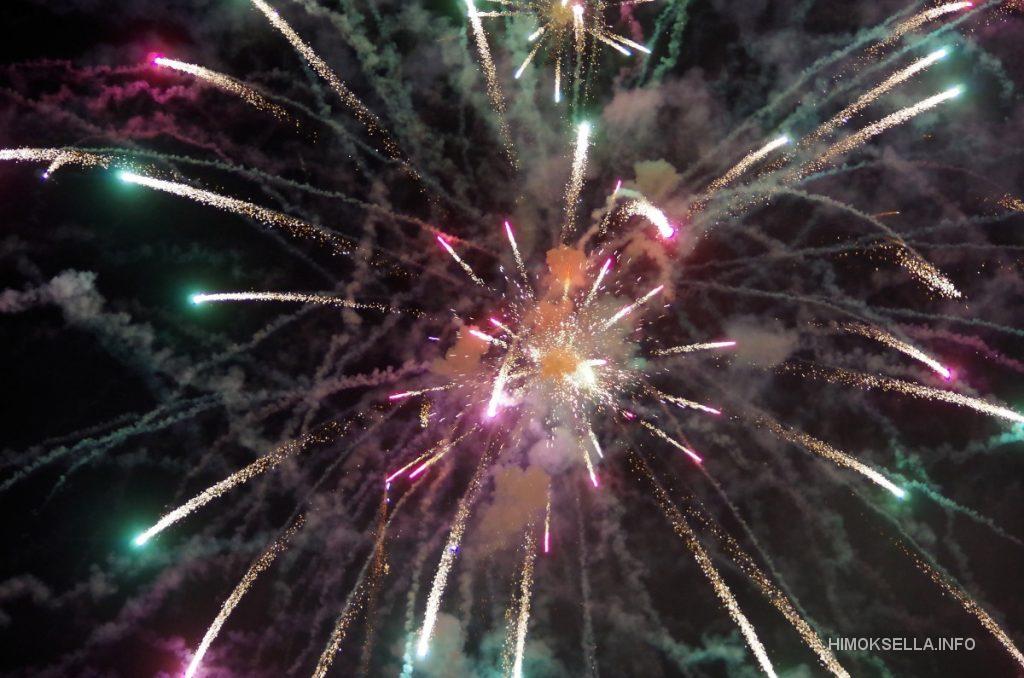 The writer is a roustabout of theatre and writing, a consumer of rock music and a fan of the grand music of Nightwish.